Tacking Point Public School has now been operating for over 25 years.

The school has grown over this time to cater for over 720 students. The school has a focus on literacy and numeracy programs giving students a strong foundation in basic skills. The school also promotes student participation in the performing arts with choir, band and drama groups performing at eisteddfods, music festivals, community concerts and other events.

The school is very active in the area of student welfare with a sound discipline code and many programs operating to address the special needs of individuals. The school is strongly supported by a very active parent group, the parent and citizens' association (P&C), the canteen committee, volunteers and by businesses in the local community.

The school logo embodies the rich history of Port Macquarie and its maritime heritage. The colours of the sea meld with the earthen orchre tones and rolling green countryside that typifies Port Macquarie. The lighthouse is both a significant landmark and a symbol of the guidance that is the essence of education. The school motto 'lighting the way' has a range of symbolisms and concepts of the lighthouse as its role as a guide and protector.

The school as an educational institution has key roles of guidance, protection, lighting pathways to knowledge and the future. For the future, the concept of 'lighting the way' will be a feature the students reflect upon with satisfaction and a degree of gratitude towards Tacking Point Public School and its significance in the life of the student and 'the way' they have chosen.

The personal and interpersonal relevance of the school motto will be illustrated by the many directions in life, as teachers and students exhibit the finer characteristics of caring, striving, excellence and tolerance that collectively help to create a better society. At the individual level, a lighthouse symbolises many features of the innate strength and dignity of human being and that the individual person (or child) can 'light the way' for others and set a fine example of the achievement of personal endeavour.

In a school, this feature will always stand out as a role model for all. A lighthouse and a school are outstanding symbols of the ongoing quest 'light the way' from the known to the unknown.

The area referred to as Tacking Point is the headland upon which the lighthouse is and was originally named in 1802 by Matthew Flinders as he sailed his ship 'Investigator' close to the headland, a few miles south of the river mouth, then tacked and headed south again.

On 21 July 1802, Captain Matthew Flinders sailed from Sydney in the 'Investigator' accompanied by the brig 'Lady Nelson' to make a more detailed survey of the coast chartered by Cook. Flinders recorded on 23 July 1802.

"The three brothers lie from one to five miles behind the shore, at the eastern extremity of a range of high land.... to the northward of the three brothers there is four leagues of low and mostly sandy shore; and after passing it, we came up with a projection whose top is composed of small irregular shaped hummocks, the northernmost of them being a rocky lump of sugar loaf form; further on, the land falls back into a shallow slight with rocks in it standing above water."

There is no doubt that the reference is to the entrance to Port Macquarie.

Flinders narrative continued, "the coast from Tacking Point to Smoky Cape is generally low and sandy; but its uniformity is broken at intervals by rocky points which first appear like islands. Behind them the land is low but quickly rises to hills of a moderate height; and these being well covered with wood, the country had a pleasant appearance." 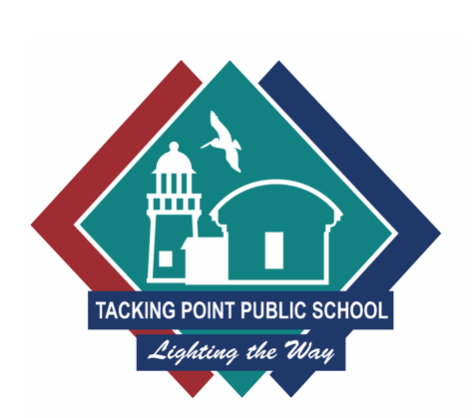